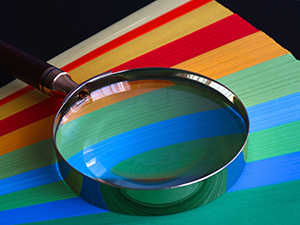 The Advanced Media, Inc. team was struggling with the end of a major project: a huge simulation designed to train officers in the military. Though they had a standard QA process, they were quickly finding that the usual process was inadequate. Their military clients were incredibly detail oriented and needed every aspect of the training to be perfectly accurate, clear to a wide variety of learners, and it should conform to protocol. The need for more and more reviews and revisions was creating tension with their clients and losing them money.

The team knew they should have clarified the process before the project had begun, but it was too late now—they were bogged down with work. Finally, the instructional design lead decided they needed a pair of fresh eyes. She brought in a QA Analyst from another project who was known for his ability to streamline and simplify the QA process.

First, the QA Analyst decided to have a meeting with the clients. He generated a checklist of items that they were concerned about and had the clients assign them a priority. With the project lead’s help, he and the clients clarified what could be changed at this stage. He added to, and revised, the style guide to be a more intuitive and comprehensive resource for the team.

Next, the QA Analyst created checklists and review forms tailored to the project to facilitate good communication with the instructional designers and developers.

Finally, he had everyone thoroughly document the QA process to continue to improve it. With the QA Analyst’s help, the project slowly picked up speed.

Once you have developed your course, you should always alpha and beta test it before submitting it to the client. Alpha testing involves interface testing to confirm that the course functions the way it should. Very often, alpha testing reveals misspelled words, ambiguous directions, broken links, poorly developed interactions, and unsynchronized audio and video. The second phase of testing is known as Pilot or Beta testing. During this time, the course is released to the small group of target audience, most likely Subject Matter Experts (SMEs), to ensure its quality and functionality. It is important to have the pilot testing participants avoid making on-the-spot changes to the problems they encounter. Instead, ask them to focus on the course itself and keep an error log of all the issues they want to address. Once the pilot testing is complete, instructional designers and testing participants can meet to discuss desired changes.

Unfortunately, most of the time, there are no quality standards for eLearning. Meanwhile, a thorough quality assurance eliminates most major errors before releasing your course into the world.