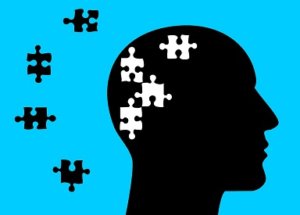 Memory is the key concept when dealing with learning. When we are trying to learn something new, we store the information surrounding the concept in the working memory. Once in the working memory space, we begin to process the information. Unfortunately, memory is not infinite and its capacities varies from person to person. This means that some people are able to remember more items during a learning process than others.
buy vardenafil generic https://rxbuywithoutprescriptiononline.com over the counter

However, the working memory may in fact be overloaded. Cognitive load theory was first described by G.A. Miller. He stated that there is always a limit as for how many ideas we can hold at a time. He supported his theory with an experiment that showed that people may retain “seven plus or minus two digits”.

John Sweller developed cognitive load theory or CLT. This theory applies to all learners and delivery methods. There are at least three main types of cognitive load: intrinsic, extraneous, and the germane. The intrinsic load is determined by instructional goals and element of interactivity. For example, if you are teaching French and want your students to learn vocabulary, the element of interactivity is low. Therefore, the intrinsic load is also low. After learners memorize the words, they are ready to begin constructing sentences using these words. In addition to retrieving the newly acquired vocabulary words from memory, learners will have to apply what they know about sentence structure and grammar in French.
buy celexa generic https://onlinebuynoprescriptionrx.com/celexa.html over the counter

Now, learners know vocabulary words and can construct sentences.  The next goal is to have them carry out a conversation in French using correct vocabulary, sentence structure, and the grammar. At this point, the intrinsic cognitive load becomes even greater as learners have to be able to understand the question quickly, come up with the answer in French using appropriate vocabulary, grammar, and pronunciation. As a result, the element of interactivity becomes significantly higher. Therefore, for the lesson to be instructionally effective, it needs to be split into small segments. Creating a number of relevant prerequisite tasks and distributing them over the lessons can help instructional designers break information into manageable pieces. The next type of cognitive load is known as the germane load. The germane load is the demand placed on short-term memory while the learner obtains new knowledge and skills. A germane cognitive load is one of the most effective cognitive loads primarily because it requires learners to successfully construct schemata. A schema or schemata is a term used in cognitive psychology that describes structures that organize our knowledge about something for interpreting and processing information. The extraneous or irrelevant load is the third type of cognitive load, which is irrelevant to the learning and wastes mental resources. Everything that distracts learners from the main objective is part of the extraneous load.